The video installation is composed by the projection of the collective medit/action realized on July 5th, 2019, at 6.30 pm along the Isonzo river in Gorizia with the spiritual guidance of the Shaman Alessandra Di Gesù, together with other medit/actions offered in the same moment from different places of the planet: a gesture of care that flows through the memory of water and plants, an entanglement in symbiosis with the network of all the living.
The video projection is surrounded by two ‘walls’ made with trunks, branches and  twigs of the trees destroyed on Friuli mountains by the devastating violence of the Vaia storm. On October 29th, 2018, Vaia hit woods in north-eastern Italy, causing the loss of 8 million cubic meters of standing trees, with consequences still ongoing on ecosystems and forest animals.
To build the installation, I collected the branches fallen on the ground, as a gesture of care towards the forest.

The plant neurobiologist Stefano Mancuso observes that plants are endowed with senses, that they communicate (with each other and with animals), sleep, remember, react to changes in the surrounding environment, and are able to produce and emit electrical signals on all cells in their bodies, in a sort of diffuse brain.
The memory of water is the subject of a discussed scientific theory (Jacques Benveniste, Luc Montagnier, Emilio del Giudice and others). Thousands of popular beliefs speak of her, and for many shamanic traditions and religious faiths, water is the sacred element capable of listening, memorizing the vibrations received and responding by modifying the forms of its molecules. But also the forms of climate change will be determined around water: the melting of glaciers, rising sea levels, floods, tsunamis, storms, hurricanes, pollution and plastics. Water will be decisive even in its absence: droughts and desertifications could radically change the geographies and ways of life we know. Just as the tree roots communicate with each other in a sort of network, water is also the element that covers most of our planet, connecting every earth. The water that flows in the Isonzo river crosses different borders and brings the memory of the dramatic events that occurred during the First World War, and in the recent camps of migrants coming through the Balkan Route.

The title of the project refers to the famous exhibition by Harald Szeemann exhibition Live in Your Head. When Attitudes Become Forms at the Kunsthalle in Bern in 1969 as, also in this project, there exists the need for an osmosis between art and context, a dialogue between the parts and an empathic and shared relationship. Dialogue that evolves in the echo of Del moto et misura dell’acqua, a seventeenth-century collection of drawings on nature taken from the Vincian manuscripts.
Project realized within the In\visible Cities Urban Multimedia Festival 2019
Winning project of the call "I request art asylum" organized in collaboration with
Museo Leonardiano of Vinci
Curated by Diego Mantoan, Cà Foscari University, Venice
Project assistent: Ugo Rossi
Realized in collaboration with:
aA29 Project Room
Vulcano unità di produzione contemporanea
That's Contemporary
Vigne Museum
Consorzio Turistico Gorizia e l’Isontino
All/Udine University
Tree trunks felled by the Vaia storm: Filiera del Legno Fvg, coordinated by Nicoletta Ermacora, Innova Fvg,  with the technical support of Fratelli Vidoni Srl 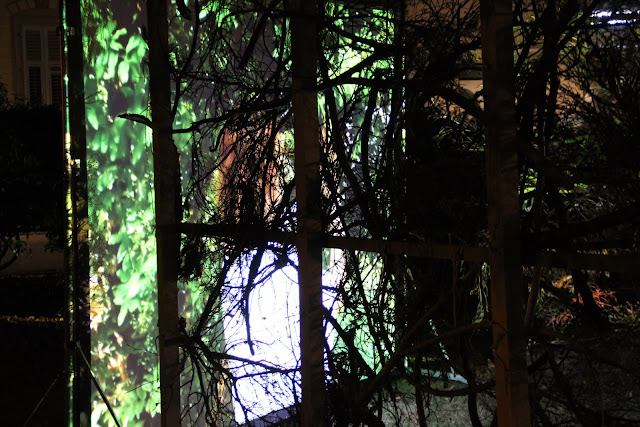 The Independent is a project by Hou Hanru

RAVE takes part at THE INDEPENDENT | NESXT with the video Drawing Revolutions (2018, 2’35”) directed by Isabella and Tiziana Pers, edit and camera Paolo Comuzzi

Drawing Revolutions focuses on the close-ups of the eyes of two mares, a donkey and a cow rescued at RAVE. These images alternate with the gaze of three children, connected to these animals by different stories.

Some sentences form a dialogue by asking questions between human and non-human.

The sound is the wonderful one of the whales, which in those days were the victims of a terrible slaughter: Japan killed 333 whales, 122 of which were pregnant, and 144 puppies.

This event of The Independent, the MAXXI programme dedicated to independent realities, revolves around NESXT – Independent Art Network.

NESXT draws a symbolic map of the practices that inhabit the ever-expanding independent national scene on the wall dedicated to The Independent by proposing a selection of eight projects:

The invited groups/spaces, which have been selected among those belonging to the NESXT network, recount their story in a free, personal manner through videos and an iconographic image.

NESXT is an interdisciplinary project born in 2016 and devoted to independent cultural and artistic production that documents, supports and links associations, artist-run spaces and collectives through a festival, an observatory and a network of collaborations. 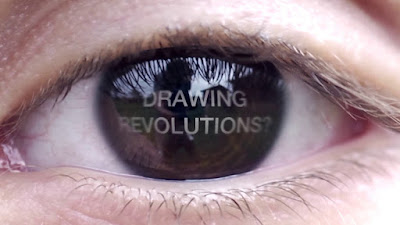 frames from the RAVE video Drawing Revolutions, 2018, directed by Isabella and Tiziana Pers

The installation - RAVE around PALERMO -  was presented at the European Biennial of Contemporary Art MANIFESTA 12- The Planetary Garden. Cultivating coexistence,   at the collateral event BORDER CROSSING, project of Bridge Art (curated by Lori Adragna with the assistance of Helia Hemedani) in collaboration with Dimora Oz (Andrea Kantos) and Casa Sponge.


RAVE around PALERMO is part of a project born within Giuseppe Stampone’s great map for!the Seoul Biennal of Architecture and Urbanism, and it consists in exporting the practices of RAVE, contextualizing them in other green places on the other side of the planet: Isabella and Tiziana Pers bring RAVE animals rescued from slaughterhouse or other violent situations within the wonderful public parks of Palermo, by the means of drawing.
In order to consider the effects of the anthropocene and evaluate the consequences on food we
must envision the possibility of a new posthuman era capable of abandoning the anthropocentric paradigm in favor of models of coexistence with an interest in a biocentric perspective. We are not able to predict the forms, the way tomorrow’s humans will live, but we can practice alternative ways, different from the current dominant model.
Drawing makes it possible to set other animals in the centre of the city, no longer raised for food, or imprisoned, but totally free, in a surreal displacement: a sketched evocation of utopia. Like ‘images of resistance’, all these living beings from a small village in the countryside in Italy visually become part of the population of great cities of the world. A resistance that is even more necessary when the image itself betrays the impossibility of being realized, in a world so much anthropized to have invaded every habitat.
In dialogue with the drawings, the installation provides for a series of textual interventions that arise from experiences shared at RAVE written by Iara Boubnova, Leonardo Caffo, Daniele Capra, Giuliana Carbi, Nico Covre, Mylène Ferrand, Pietro Gaglianò, Valentina Sonzogni.


The event is realized in collaboration with TriesteContemporanea, Musiz Foundation, OIPA, Gallinae in Fabula, with the support of Region Friuli Venezia Giulia and the main partner Vulcano. 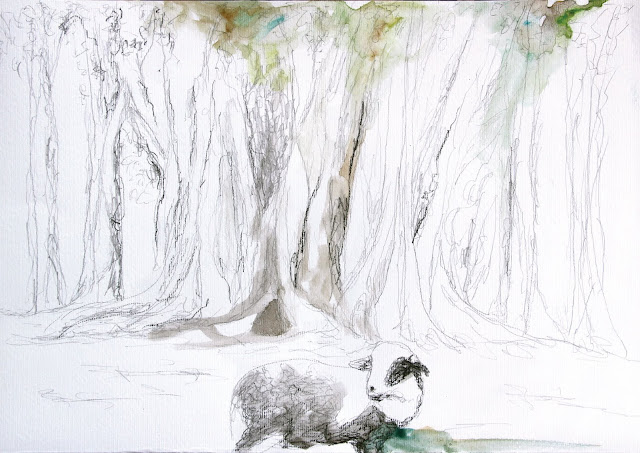 ISABELLA PERS
PRESENT
2016, video, 9ʻ 29”
Present was held on the trenches of the Dolina dei Cinquecento in the Carso plateau, above the Military Sanctuary of Redipuglia in Friuli Venezia Giulia, my region. This is the italian borderland to the East Europe lacerated by the paths and tunnels made in the First World War and, in 2016, crossed by hundreds of refugees coming from the Balkan Route: men, women and children who undertook unbearably long voyages towards an unknown future in order to escape violence.
For several months, with the collaboration of some activists and volunteers, I attended many of these people, and from those fundamental encounters new forms of participatory experience have come to life.
I invited some of them together with others who survived the same tragedies in other times, to take part in a shared action in which the union between the place and the thoughts can give rise to an unexplored dimension.
The protagonists are now all inhabitants of my region.
People who witnessed the Second World War, the exodus from Istria, the Balkan war, the Soviet regime, the violence in Congo, in Pakistan, Afghanistan and South America… all were invited to walk along the paths and communication trenches used by the soldiers, tracing the steps of a war that none of them witnessed. They walked out, to gather where only nature has left its mark, and there they shared prayers, words, readings and caring thoughts for a collective vision, looking towards an open passage that is not yet there.
Present meaning a gift. The people who took part in the shared moment gave the testimonies of their experiences as a gift, like a delicate stream of humanity, proceeding with the small steps of each individual, to direct thoughts towards a collective projection.
Present meaning a presence. In many religions and spiritual practices, prayer and caring words are the creation of transformational energy. In this sense the action sought to extend itself to the contemporary world through the momentary disappearance of borders through the comprehension and consonance of the action.
The distance between the different histories, communities and personal experiences of the individuals became a silent choral symphony of steps and places that are now part of history, calling each one of us to question ourselves about the primordial meaning of the meeting. 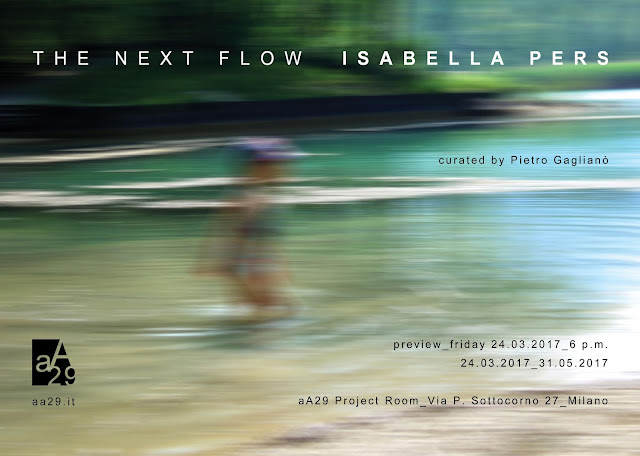 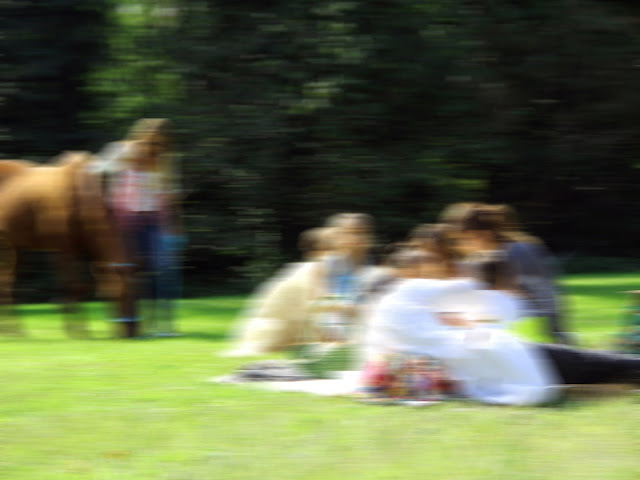 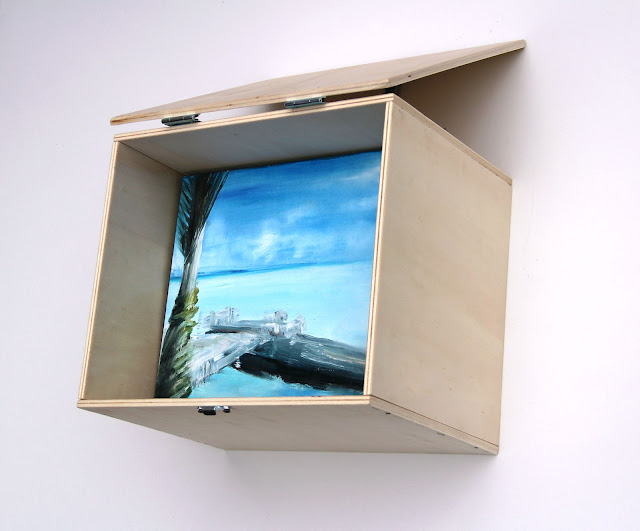